Not A Member? JOIN NOW

The portrayals of hypnosis in the entertainment and media industries have contributed to a wide misunderstanding of the true nature of hypnosis. The following information will help to address some of the more widely held misconceptions about hypnosis.

Myth: Some people can’t be hypnotized.

Fact: Although some researchers and clinicians claim that some people are not able to be hypnotized, everyone has the ability to be hypnotized because it’s a natural, normal state that each of us enter at least twice each day – upon awakening and falling asleep. We also enter a hypnotic state whenever we get totally engrossed in a movie or TV show. When the actors become the characters they portray in our minds, we are hypnotized. Also, whenever we are driving and daydreaming enough to miss a turn or freeway exit we know to take, we probably were experiencing a light state of hypnosis.

People may have this misconception because of an unsuccessful experience they've had with a hypnotist.  People are responsive to different approaches, and if a particular approach has not been successful in the past, it's a matter of finding the way that works best for them. IMDHA Certified Hypnotherapists/Hypnotists have several techniques that they can use, and are trained to find a method that will work best for you.

Myth: You can be hypnotized to do things against your will

Fact: The hypnosis practitioner is merely a guide or facilitator. He/she cannot "make" you do anything against your will. In fact, during a hypnotic session, you are completely aware of everything going on. In other words, if you do not like where the hypnotist is guiding you, you have the power to reject the suggestions.

This is a commonly held idea that has its source in stage shows and other venues that capitalize on the “power” of the hypnotist. It’s worth noting that occasionally a similar issue is raised - “Can someone be hypnotized to do things they wouldn’t normally do?” Of course, the answer to that question is “Yes” when you consider that the purpose of hypnosis is often to do things differently than we have done in the past. However it’s notable that these changes are not against the client’s will. Hilgard’s (1977) work at Stanford demonstrated a principle known as “The Hidden Observer” which indicates that there is part of the client which monitors the hypnotic process and which will protect them from responding in a manner that violates their ethical and moral standards.

Myth: Under hypnosis you will always tell the truth and could even reveal personal secrets

Fact: You can lie under hypnosis just as easily as in the waking state. In fact, as hypnosis gives you greater access to unconscious resources, you may even be able to tell more creative lies when in trance. Additionally, you are in complete control of what you chose to reveal or conceal.

Myth:  I won't remember anything the hypnotist says.

Fact: Everyone experiences hypnosis differently ... for some it's a state in which you are focused on the hypnotists words and listening more carefully, for others it's a little more like day dreaming and your attention may drift and wander from one thought to another ... sometimes not paying any conscious attention to what the hypnotist is saying.  Either way is okay, and neither will be more or less effective than the other. It's simply a matter of your own personal style.

Myth: A person can get stuck in a trance forever.

Fact: No one has ever been stuck in a hypnotic trance. Hypnosis is a naturally occurring state that we enter and exit during the normal course of a day.  There are no known or reported dangers with hypnosis when working with a trained practitioner. If the hypnotist fails to emerge someone from hypnosis, he/she will return to a fully alert state on their own. Depending on that person's need for sleep, he/she will either drift on into a natural sleep or simply emerge to full consciousness spontaneously within minutes.

When in the state of hypnosis, our brainwaves vacillate through the Alpha to Theta ranges. Any time you choose to emerge from hypnosis, for any reason, you are able to simply open your eyes and become fully alert. If you were practicing self-hypnosis before going to bed and ended in the Delta state, then it would mean you'd simply fall asleep.

Fact: Quite the contrary, studies suggest that people of above average intelligence who are capable of concentrating and who have a capacity for creativity and vivid imagination usually make the best subjects.

Myth: A person under hypnosis is asleep or unconscious.

Fact: Hypnosis is neither sleep nor unconsciousness, even though a common misconception is that you are asleep when hypnotized. The experience of a formally induced hypnotic state might resemble sleep from the physical point of view: slowed breathing, eyes closed, muscles relaxed, activity decreased.  From the mental standpoint the client is generally relaxed and may be keenly alert, in a comfortable state where the person can think, talk and even move about if needed.  But all clients are unique and can experience hypnosis in their own unique ways.  Some are comfortable enough with the process that they find themselves drifting in and out of a more dream-like state. In some instances they might respond unconsciously, through ideomotor signals or other methods.  Less often employed, there are certain few uses in which, under the direction of a specially trained hypnotherapist, the client can generate unconsciousness for the purposes of surgical anesthesia or the management of acute pain, or in certain emergency situations that might warrant it.

Fact: Hypnosis can be used to ease or remove pain, overcome fears, phobias, addiction and other problems.  While a handful of religious sects have raised objections to hypnosis, today most religious groups accept the proper ethical use of hypnosis for helping people. Included are Roman Catholic, Orthodox, and most Protestant Christian Churches as well as Judaism, Hinduism, Buddhism and others.  Hypnosis is not associated with any of the world religions. A professional and ethical hypnotist respects the faith of clients and will not use it inappropriately to influence a person's religious beliefs. 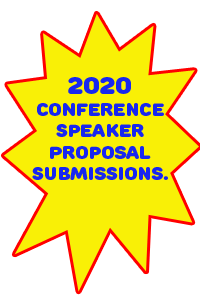 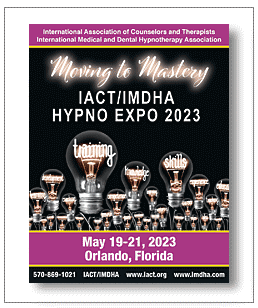 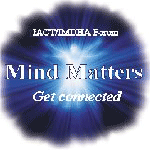 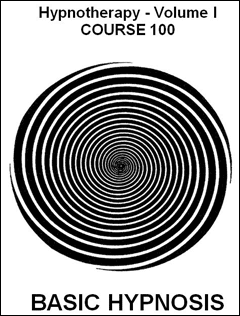 Are You Hypnotizable?
How's Your Memory?
Are You Stressed Out?
Do You Have A Healthy Body Image?
How Do You Rate Your Self Esteem?